The Republic of Albania is a country if 2.8 million citizens, located along the coast of the Adriatic and Ionian seas. Albanian’s iconic, bright red flag is emblazoned with a black, double-headed eagle and the country is one of our top picks as an emerging locale for filmmakers. 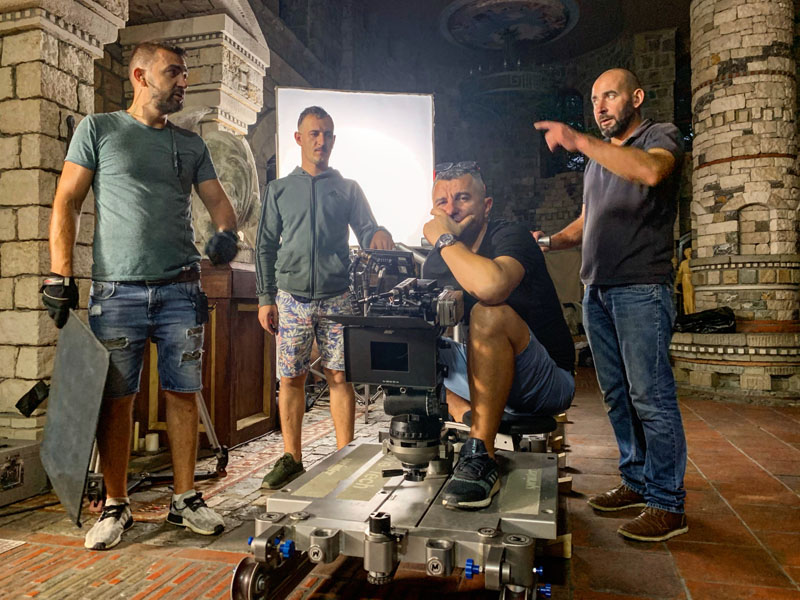 The Republic of Albania is a country if 2.8 million citizens, located along the coast of the Adriatic and Ionian seas. Albanian’s iconic, bright red flag is emblazoned with a black, double-headed eagle and the country is one of our top picks as an emerging locale for filmmakers.

In the last two decades, as Albania has come to the fore after 50 years of Socialist rule, considerable financing has gone into improving the country’s infrastructure; from hotels to roads to restaurants to customer service, the country has caught up to the rest of Europe very quickly. Its capital, Tirana, is as modern – and one of the safest – as any major city in the Balkans. The country’s beautiful Ionic and Adriatic coastlines, Albanian Alps, and forestland remain largely unblemished and offer the same stunning views found in other, much more expensive and crowded areas of the Mediterranean and Europe.

With Albania ready, able and willing to accommodate the needs of western film crews, we can provide complete production services ranging from crew, one-of-a-kind locations, studios, and post-production services.

Albania offers the usual Soviet-style towns and abandoned relics found in Eastern Europe, but also a wide variety of locations which fit a number of storyline scenarios.

For instance, Berat, the “Town of One Thousand Windows,” features stunning Ottoman architecture and mosques, and could easily double as the Middle East. Gjirokaster features an imposing 12th-century citadel which looms over the city. Apollonia is home to ancient Greek ruins as well as the 13th century St. Mary Church and Monastery.

The country’s large collection of Byzantine-era castles and fortresses, such as Porto Palermo Castle and Gjirokaster Fortress, would make great locations for medieval storylines or Bollywood musical numbers. Korca’s “Old Bazaar,” which was rebuilt after an 1878 fire, is perfect for plots set in the19th century. Albania’s coastline passes for Greece or southern Italy without the financial burdens of filming within the European Union.

Albania is also dotted with small towns which have not changed since the end of Albania’s socialist-era, such as Rubik, Memaliaj, and Cerrik, where cold-war period scripts can be shot with minimal set dressing or construction required.

The Albanian Alps feature stunning mountain views, populated with densely forested slopes, as well as beautiful gorges and valleys. Its highlights include Lake Koman (“The Pearl of the Albanian Alps”) and Valbona National Park. For instance, northern Albania was the location of the 2017 Albania-America co-production, The Forgiveness of Blood, directed by Joshua Marston. Albania was also the setting of the recent Chinese production Balkan Blood.

As with any country with a budding international filmmaking scene, film permits, which might be otherwise complicated by bureaucracy elsewhere, are very easy to arrange. Albania represents a “Wild East” of sorts for filmmakers.

As with most countries, filming permissions in Albania on private property are negotiated on a case by case basis. Permits on government or public property normally require permission from the appropriate government entities. Pioneer Media are experienced in handling both private and public permissions for foreigners filming in Albania. To date, we have secured shooting permits at major Albanian landmarks, such as the National Library of Albania, Gjirokaster Fortress, and the infamous Pyramid of Tirana, as well as the use of Albanian Navy vessels for filming out on the Adriatic Sea. 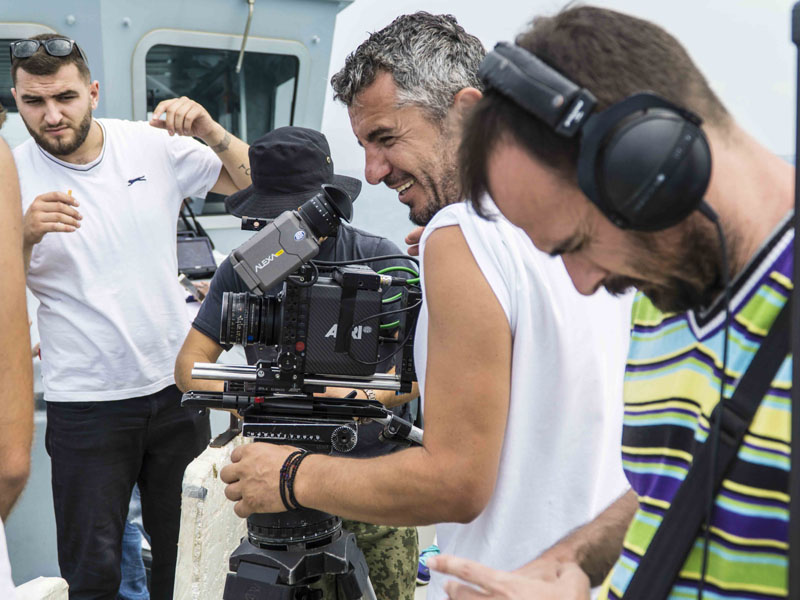 Tirana is home to several large, modern and well-equipped studios and production facilities, capable of producing sets and rigging comparable in quality to the finest studios anywhere. In addition to sound stages, Tirana’s studios and producers can offer top of the line directors of photography, grip and electric crews, costumes, beauty make-up, special f/x make-up, set construction, and catering. Filmmakers can also access state of the art cameras such as the ARRI Alexa Classic, ARRI Alexa Mini, Red Epic, Sony FS7 as well as the best lenses like Zeiss, Cannon, and Cooke. 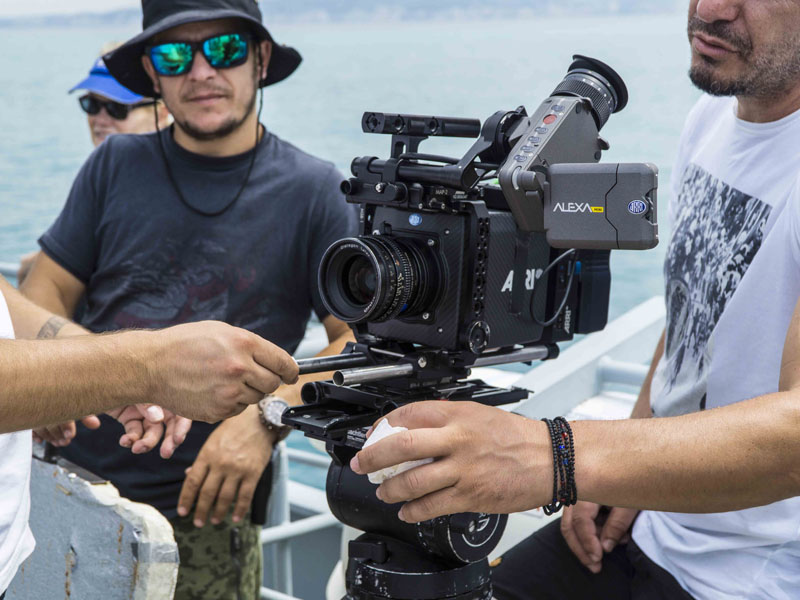 Albania’s crew members, too, are professional and well-seasoned from years of working on film productions shot throughout Europe as well as dozens of co-productions with countries worldwide.

There is currently little in the way of casting agencies in Albania. However, the country is small, with a tightly-knit artistic community. Through our local partners, it is easy to locate experienced, multi-lingual actors as well as background talent, at very affordable rates. When not working in Albania, many of its most experienced actors work often in nearby Italy, France, and Germany. 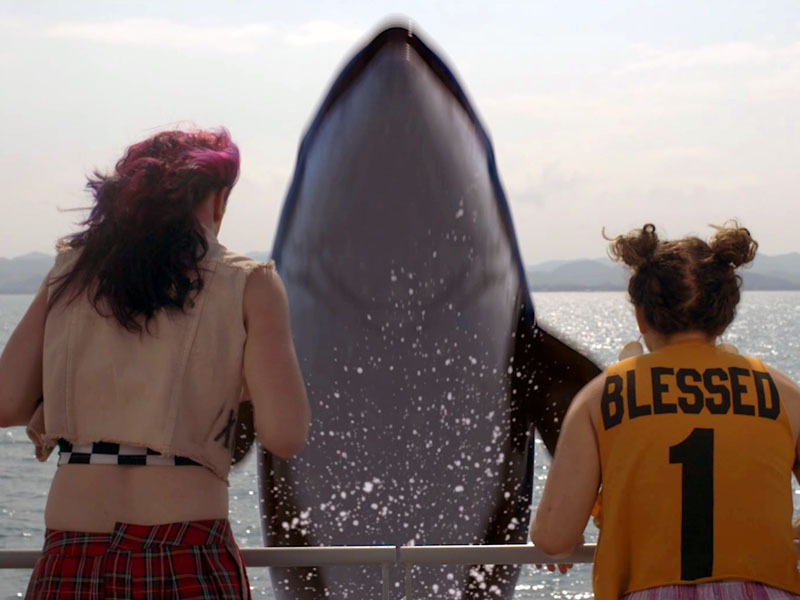 Last, several post-production houses are located in Tirana and can provide visual F/X, color grading, sound design/mixing, and score composition. All of these services are often available at a third of the price for the same level of service found in Hollywood destinations. 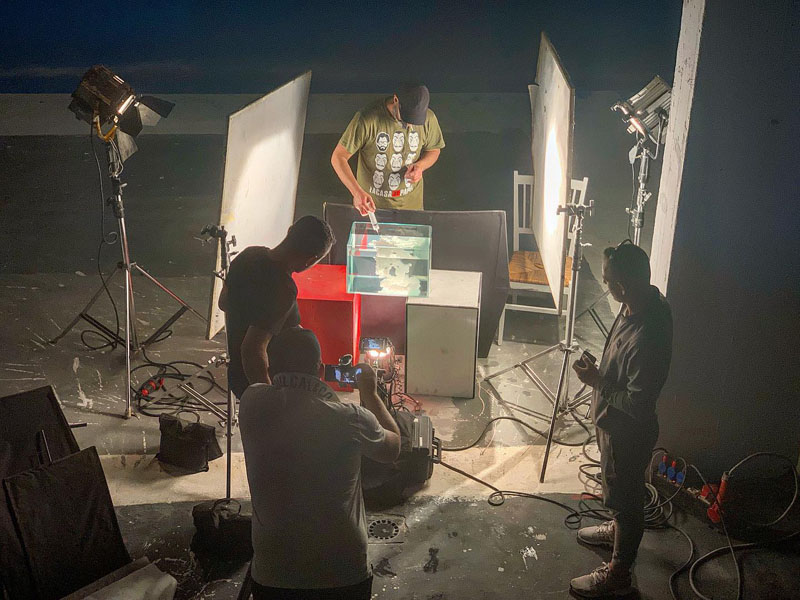 The currency in Albania is Lek. The exchange rate is roughly 100 Lek to $1. Major credit and debit cards are accepted in most banks, large supermarkets, and international hotels. Compared to western countries, Albania remains one of the most affordable destinations in Europe.

Depending on the topic of the production, Albanian production companies will provide additional financing for projects that are already funded in exchange for Balkan rights, if international producers will cast one or two English-speaking Albanian actors in lead roles.

International productions can also apply and receive an additional €50,000 through the Albanian Film Center if they feature one of the following criteria:

As of 2019, the Albanian National Film Center is working on putting into place a film incentive that which should include a 30% rebate on all foreign films which spend €150,000 in Albania. The incentive will also eliminate VAT for films productions. When in place, it will be one of the most attractive incentives in the region.

Albania offers a variety of modes of transportation from private cars for hire, rental cars, taxis, and public buses. Trains are not as common. The country’s only international airport is located in the capital, Tirana. For film productions, large passenger vans, cargo vans, and box trucks are also available at affordable rates. Depending on the location of your shoot, the road conditions in Albania vary from modern highways to less-traveled roads which require additional time to navigate. Visiting film crews should employ experienced local drivers, especially when traveling outside of Tirana.

A room at a 4-star hotel in Tirana is roughly $60/night and rooms in the countryside range from $15-$30/night. Most hotels will offer discounts to groups or crews booking an extended stay. For extended stays, AIRBNB rentals are a cost-effective choice, with inexpensive, high-quality options and friendly hosts.

Individual meals range from .75¢ street food to $15-20 at a mid-range restaurant. Catering for films can be around 24 hours a day, seven days a week.

When working with an Albanian producing partner, it is not necessary to obtain a work visa to shoot a film in Albania, and citizens from most countries will be able to use a standard tourist visa during filming. As of 2019, passport holders from 85 countries have visa-free tourist access to Albania for up to 90 days, including those from the United States, United Kingdom, Canada, and China. For all nationalities, your passport must be valid for 6 months upon arrival in Albania.

Albania is currently listed as a “Level 1: Exercise Normal Travel Precautions,” which is the safest travel advisory ranking designated by the U.S. Department of State. Public security in Tirana and all major cities are very good, the tension between religious groups and expression of extremist views is very rare, and attitudes to western countries are overwhelmingly positive. Petty crime does exist and standard vigilance will be enough to deter.

To date, Pioneer Media have taken several major US film studios to shoot in Albania. In the summer of 2019, Pioneer Media handled production services for the remake of the 1995 classic horror film Castle Freak, produced by legendary horror magazine Fangoria (Puppet Master: The Littlest Reich) and Cinestate (Dragged Across Concrete, Brawl In Cell Block 99). Castle Freak was shot entirely on location in Albania utilizing Gjirokaster Fortress as its main location and was the first American film production to film at some of Albania’s iconic sites, such as the Pyramid of Tirana. Castle Freak was directed by Award-winning SPFX Artist Tate Steinsiek (SyFy reality series Face Off winner), which will feature a score by legendary horror composer Fabio Frizzi. The film’s producers consisted of Dallas Sonnier and Amanda Presmyk for Fangoria, along with Charles Band (Full Moon Features), Justin Martell and Matt Manjourides (The Last Drive-In w/ Joe Bob Briggs), and Barbara Crampton, star of the original Castle Freak. In 2018, Pioneer Media brought legendary New York City film studio Troma Entertainment to shoot in Albania for their latest production Shakespeare’s Sh*tstorm, a rollicking, zany adaptation of Shakespeare’s The Tempest. The shoot marked the first time a major American studio has used Albania as a location without a plot set in the country. For Troma’s shoot, the Albanian Naval Forces provided a patrol ship with a full crew for several days of filming on the Adriatic Sea. Pioneer Media was able to arrange the permits for the shoot with relative ease and at a fraction of the cost of such high production in Hollywood locations. Through Pioneer Media, Troma also employed Albanian VFX artists to create Hollywood-quality VFX for the film.