Five Reasons To Film Your Movie In Transnistria

Several of our clients who have perused our featured locations have asked, “What, exactly, is a Transnistria?” It is a location so unique that we felt it deserved its own section within our locations database. In short, Transnistria, or, as it officially calls itself, the Pridnestrovian Moldavian Republic (PMR), is a non-recognized nation that occupies a 1,600 square mile, hamlet between Ukraine and Moldova that is home to nearly 500,000 people. It has a president, parliament, army, and its own currency. 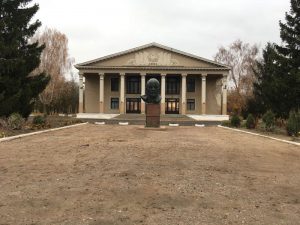 During the Soviet-era, it was an ethnically Russian enclave within the Moldavian Soviet Socialist Republic. After years of tension, and fearing cultural and economic exclusion at the hands of an independent Moldova, Transnistria declared its own independence following the MSSR’s separation from the Soviet Union in 1991. A war between Transnistria and Moldova followed, which ended in 1992 when Russia intervened to negotiate a ceasefire. As both sides have recognized that no man is an island, relations between Transnistria and Moldova have since warmed considerably and transit to and from Transnistria via Moldova and/or Ukraine is quite easy.

So now you’re thinking, ‘Okay, great, thank you for the history lesson, but why exactly should I shoot my movie in this land of political limbo?’ Here are some good reasons why:

1. No Set Construction Required In Transnistria:

Visitors to Transnistria often remark, “it’s as if the Soviet Union never ended.” Indeed, statues of Lenin occupy prominent spaces throughout the region, including one of the biggest busts of Lenin outside of Russia. Additionally, the cities are dotted with old-school ‘Khrushchyovka’ style apartment blocks and Stalinist architecture, and the countryside is littered with well lived-in dachas. Soviet-era trollies and cars are still on the roads and it is very common to see horse-drawn carriages in the countryside. As an added flourish, in hotels, businesses, and apartment buildings one can often find Soviet-era signs and artwork as well as appliances and furnishings. Additionally, it is not difficult to grease the palms of the army and have them roll up in their retro-style uniforms replete with Kalashnikovs and vintage tanks. This place is an absolute dream for anyone filming a KGB spy-thriller, Soviet-era drama, Black Mirror-style dystopian sci-fi series, or a surrealist Wes Anderson-influenced dark comedy.

Transnistria also offers much more than Communist relics. The 600-year-old Bendery Fortress, built by the Ottoman Empire during its classical period, is one of the area’s biggest tourists attractions. Situated along the Dniester river, the fortress is striking with large crenelations lining the ramparts running between bright, reddish-brown turrets. From within, the location offers one of the best views of the Dniester river and surrounding area.

The nearby Monastery of Kitskany was built in 1861, turned into a hospital during Soviet times, and re-opened in 1989. Today, it is home to Orthodox priests who maintain its four churches and impressive bell tower. Both of these well-maintained and fantastic historical sites are available for a fraction of what one might pay for similar locations elsewhere in the region.

Film producers all over the world are looking at Eastern Europe as an alternative to filming back home because of the relatively cheap costs of labor, lodging, food, and equipment. Prices in Transnistria are comparable to those in Ukraine and Moldova, and perhaps even cheaper in some respects. For example, $1 USD is 16 Transnistrian Rubles. Food-wise, street snacks and bottles of vodka are a $1, an average meal is $4-5, and fine dining is a mere $10/plate. Hotel rooms are $25/night. One can rent an apartment or office for $200/month. A personal driver with a truck or passenger van can be hired for $50/day.

3. Transnistria Is Close To Chisinau and Odessa: 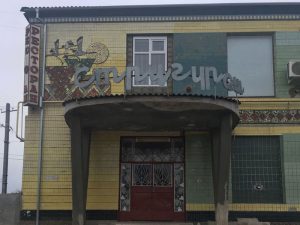 However, save for a few of Transnistria’s plastic coins to bring home as souvenirs, be sure to exchange any excess rubles back into an internationally recognized currency before leaving as you won’t be able to do so outside of Transnistria!

As a producer concerned with your bottom line, you are thinking, “Okay, great. Transnistria has cool locations and cheap stuff, but will I have to spend a fortune flying in my crew and transporting truckloads of film equipment across Eastern Europe?” No! Tiraspol is a mere 2-hour drive from both Odessa, Ukraine and Chisinau, Moldova. Both of these cities offer not only rental facilities with modern film equipment, but also sound stages and experienced crew members, also available for phenomenal rates.

To the average westerner, the idea of filming in a formerly Soviet, unrecognized country might sound a bit reckless. Might the country’s ceasefire agreement suddenly collapse and will you and your crew suddenly find yourselves in the midst of a resumed civil war? While that sounds like a great movie plot, the odds of such an event are extremely unlikely. Though there have been some tense moments on the border in the years since the 1992 ceasefire, no soldiers on either side have been injured.

As you would anywhere, one should be mindful of his or her surroundings and keep a watchful eye on equipment and personal belongings. That said, street crime in Transnistria is low and the locals are friendly and welcoming. In fact, you will most likely find yourself overwhelmed by the generosity of curious locals who will just want to help and be part of a movie. To date, many documentary and news media crews have filmed in Transnistria and there have been no major safety issues or problems transporting equipment over the border.

5. Filming In Transnistria Is A Great Talking Point For Press:

When you premiere your movie at film festivals and market screenings, critics and the press will no doubt be intrigued by its never-before-seen locations, and will be further impressed that such a place actually exists! Your film will be remembered as the first to showcase the weird and wonderful world of Transnistria on the big screen, and you will be the advantageous and industrious producer and/or director to have pulled off such an endeavor.